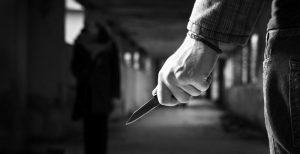 For those that have spent much time around me…or taken a class with me…they have heard these words many times. Am I suggesting that they are words to live by? Perhaps…for me, these words are foundational to everything and they give me confidence to face adversity.

In my experience, the greatest fears that people possess are usually about the things they know the least about. Many people in the US confess a fear of sharks…but very few claim to be afraid of deer. Each year in the US around 130 people are killed by deer, and less than 1 by sharks. Knowledge about the type of threat and amount of risk allows us to make wise decisions every day. Even though something might possess inherent danger (driving a car, using a chainsaw, eating sushi), when we truly understand a thing, its nature…then the fear is replaced with respect and confidence. Curiosity was said to have “killed the cat” but in my experience it was his ignorance that got him into trouble.

It was Bill Shakespeare that said: “All things are ready if our mind be so.” Preparation can be the key to any success. When we make a plan to accomplish a task, we begin to consider all the variables. In all things that we do, there remains a chance for things to go wrong. Preparation includes anticipating things that could happen, and having a plan just in case. In this logic…not succeeding and failing are two different things. Imagine an epic task like climbing Mount Everest. About 1000 people start out for the summit each year, but only about ½ of them actually reach the summit. On average 5 people die on the mountain each year. Reaching the summit is the goal, but the brutal conditions and multiple risks along the way…it could be said that surviving is a success in itself. In many cases, those that perish on the trek were unprepared to deal with the challenges they faced. True preparation anticipates adversity and provides for “exit strategies” in all eventualities. Using a plan B or plan C is still avoiding failure.

Panic is the quickest way to ensure failure. When panic sets in, the ability to reason and make critical decisions rapidly deteriorates. Panic can easily occur when we find ourselves in a threatening situation that we are not prepared to face. Predators know this…and they exploit it. Discipline can inoculate us to panic. With knowledge of the subject and preparation of how we chose to react, we can mentally and physically rehearse. Repetition builds confidence. With confidence in our knowledge, preparation and training our discipline kicks in when facing a threat.

Fear, failure and panic are the obstacles we face and the enemy of success. Knowledge, preparation and discipline can defeat these obstacles. It was the ancient Chinese warrior/philosopher Sun Tzu that said; “Know thy self, know thy enemy…a thousand battles, a thousand victories…”

The Hidden Ministry of Church Security