The Hidden Ministry of Church Security 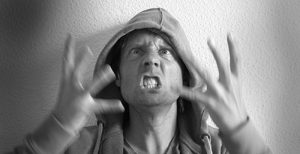 I recognize that the two words “ministry” and “security” would seem to be polar opposites but you only have to serve on a church security team for a short time to see all of the ministry opportunities. Or should I say, ministry responsibilities?

Allow me to explain.

It’s my experience that the local church is the likely destination for someone experiencing the best of times and, unfortunately, the worst of times. From the Christening of newborns to funeral services for the dearly departed, the church has a responsibility to serves those who are filled with hope—to those who have lost hope.

One Sunday morning I was standing in the lobby of our church waiting for the final minutes of the service to wrap up. I noticed a visibly agitated homeless man pacing the sidewalk just outside of our main entrance. I got on the radio and alerted the other security members that there was a person of interest (POI) outside our doors and that we needed to make sure that he wasn’t going to pose a problem as nearly 1,000 people filed past him.

Just then he flew open the front door and bee-lined across the lobby towards the door to our sanctuary. Without even thinking about it, I was already in motion to intercept his path. I stepped in front of him and immediately noticed that his face was flushed red and he was sweating profusely. He was obviously under the influence of something and his body language was very aggressive. I asked as politely as I could, “can I help you?” He quickly responded with a “NO!” I told him that the service was about to wrap up and asked if he would wait in the lobby with me. He just stepped around me and kept walking towards the door. I was left with what I felt to be a very difficult decision. Should I let him in or should I take him down?

Even though I felt the weight of responsibility for everyone in that room, I also felt the weight of responsibility for him. So, fighting against every fiber of my being, I decided let him walk into the room. I’ll be darned if he didn’t walk right down the center aisle to the front row just a few feet from our pastor. Thank you Lord that the rest of the service went without incident and our POI left without saying a word.

Several months later I ran into the same homeless man. He recognized me from that Sunday morning incident and remembered my attempt to stop him. He explained how strung out on drugs he was and that he had emotionally, physically and spiritually hit rock bottom. And it was at the bottom that he felt the only place he could find hope was sitting in our church. He went on to say that days later he went into a drug program and had been sober ever since.

I truly feel if I had intervened that morning in a manner that would have escalated the situation, I’m sure there would have been a different outcome for me—and most definitely for him.